Is the push for gender diversity being thwarted by an enemy within? by Rupert Bell

Possibly the hottest topic in recruitment circles for private equity is gender diversity. It seems almost every firm has belatedly woken up to the fact that a more balanced team creates a stronger culture, better decision making – and happier LPs. However, resistance to change still exists in the industry and it’s this enemy within that we need to tackle. 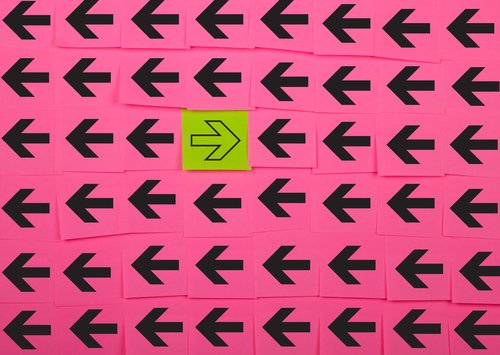 We are in a transition phase where LPs, GPs and recruiters are all charging to identify talented women and persuade them to explore a career in private equity and backfill investment teams, notwithstanding the fact that by headcount there simply are not enough suitable women in the typical candidate pools to satisfy all current demand. The war for this particular type of talent is therefore hotter than ever; some lucky firms find their target, others miss and have to put in place longer range plans, such as converting interns, looking at other levels or simply trying again next time.

To compound all of these external factors, unintentional lapses within a firm may be thwarting good intentions. It may be controversial to say it, but there may be some team members who, having worked in a male-dominated profession throughout their careers, have less than progressive attitudes and behaviours towards female colleagues – consciously or unconsciously. We’ve all heard the war stories: the unwitting Partner who cracks an unfortunate joke about his wife in front of female colleagues or potential recruits, or the Director who admits to his recruitment partner that he’d rather not have women on his team because he tried it once and it didn’t work out.

If we refuse to talk about these incidents, we’re holding back progress, but a culture of blame isn’t the answer either. The best approach is sunlight and education and firms that want to embrace change should have a culture of openness about these issues and a robust training programme in place that involves team members at all levels. There are three crucial elements that this training should cover: unconscious bias, gender sensitivity and sexual harassment.

We all have unconscious biases, it’s a feature of thinking efficiently that’s hard to avoid. Even recruitment algorithms have been found to develop biases because they learn from us. Being aware of our tendency to equate mathematical ability with males, for example, can help us to challenge automatic assumptions when faced with female candidates.

Seemingly harmless habits, such as referring to a woman as a “girl” or “young lady”, can be offensive because there’s a suggestion of inferiority. This is just a tiny example of how we can all absorb socially constructed gender roles, and with them various dangerous stereotypes. By re-learning what gender means, we have the opportunity to re-think behaviour.

The world of entertainment is still reeling from the litany of big names accused of sexual harassment or sexual abuse and the hard-hitting #metoo campaign that followed. Thankfully, this has made us all more aware of sexualised behaviour and empowered victims to step forward. Sexual harassment is very clearly defined under the Equalities Act as: “unwanted conduct of a sexual nature which has the purpose or effect of violating someone’s dignity, or creating an intimidating, hostile, degrading, humiliating or offensive environment for them.” Making sure this is understood by everyone, especially the seniors on a team who set the tone, can help to rid the workplace of the sort of banter than can create a hostile environment.

Just expressing an intention to hire more women isn’t enough; there is still a long, long way to go until this industry truly embraces the concept of diversity. Balancing gender in our teams needs to be accompanied by a culture change, so that women are treated equally in the recruitment process and, ultimately, in the workplace.

Rupert is a Principal Consultant, Director of DACH and a member of our leadership team. He set up and leads our DACH business, opening in Munich in 2010 and Frankfurt in 2017.