It's not what you know, it's who knows you

Level 20’s Future Leaders met at PER’s offices in London’s Covent Garden last week to breakfast, network and share experiences of working within private equity. The discussion was led by PER’s Founder and Managing Director Gail McManus, who shared wisdom gained from a career in private equity at 3i and 20 years of recruiting for the industry. Gail was joined by Ruth Storm, an experienced partner in private equity who, when she’s not travelling the world, offers coaching to the sector. 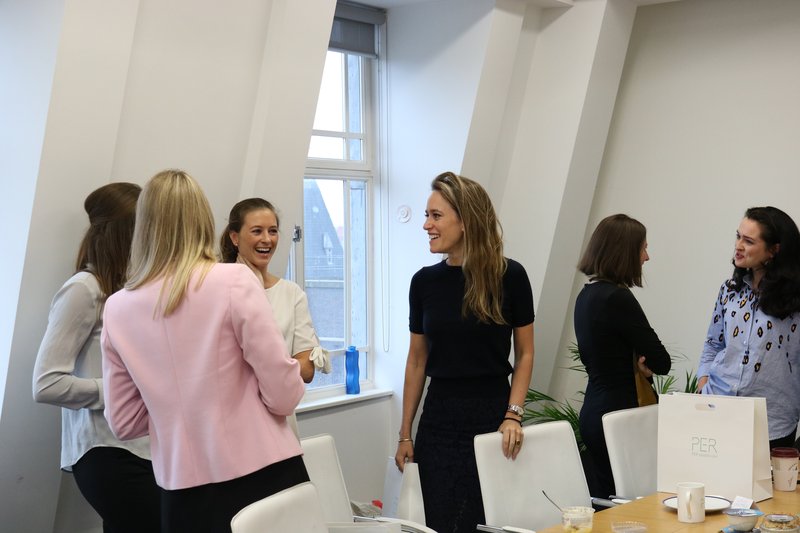 During a wide-ranging conversation punctuated by personal anecdotes, attendees came back time and time again to the topics of networking, personal branding and self-promotion. It became clear through the discussion that being known was an important part of getting ahead.

Kicking off the session with an exercise in taking the space you deserve in the room, Gail asked the group to consider how they present themselves. She explained that building and promoting your brand throughout your organisation is key to career development in private equity as decisions about promotion are often made by committee rather than by a direct line manager.

One attendee, who had received this advice before, said that she had asked a colleague early on in her role for a list of the people she should get to know in the firm, an initiative that served her well when it came to her compensation review. Another said that she had spent a lot of time personally engaging with back-office staff and that this effort was noted by a senior partner running those teams.

Getting your name out there is only half the battle; deciding what you want to be known for and making that reputation stick is a campaign of its own. One brand that Gail was keen for women at the table to ditch was: “the one who gets things done”. She explained that research shows women work 10% faster and 20% longer for a lower reward than  men and asked if the reputation for hard work could be perpetuating this situation.

Some attendees said that they had also been warned against building up a reputation for friendliness, a topic that ignited discussion in the room. A few agreed that likability was perceived to be on a sliding scale with competency but many protested that they did not want to change their character for their job. One attendee advised, “you got to where you are because of who you are; don’t change.” Ruth chipped in, “It’s up to you guys now to set the tone. Women of my generation had to be hard ass to survive but it’s different now. If you don’t like the advice, don’t take it.”

Gail advised that becoming the expert on a particular sector or the go-to person for insight into a certain market was a great way to start to build a brand. Make a list of what you’ve done, where you’ve added value to your organisation, she said, and pick three things you’d like to be known for. She also recommended finding out about colleagues and identifying things you’ve done in your career that they might be interested in.

The benefits of being known outside of an organisation were also discussed. A statistic that surprised many was that it takes an average of two calls for a head hunter to speak to a man and eight calls before a female will engage. Gail recommended taking calls from head hunters to gain information about the market and benchmark compensation.

The session ended with networking, an opportunity to get to know and be known by fellow women in private equity. One attendee said: “It was wonderful to meet the other ladies and hear their stories. I believe we all left your offices with a firm sense of belief and confidence, so thank you."