There’s been a lot of talk in the last year about career stability in investment banks
post-Brexit and how it would ultimately impact careers in private equity.

A recent article by published by eFinancialcareers * suggested the number of students applying for investment banking graduate schemes has dropped by almost 16%
compared to last year and more students are looking towards management
consulting or corporate technology.  Earlier in the year, sources from within the investment banks indicated possible smaller analyst intakes in 2017 however, a post summer PER survey confirmed that 2017 analyst intake remains healthy and on par with last year’s intake. Furthermore, analyst bonuses awarded in the summer have exceeded expectations compared to 2016 levels pointing towards investment banks’ continued efforts to retain top talent.

Why is this a potential concern for private equity hiring?

Investment banking is traditionally the main pool from which private equity funds hire their associates. A potential drop in numbers within the banks does ultimately affect the size (and quality) of the candidate pool a couple years down the line, where too many funds are competing for too few people. However, our findings suggest otherwise for this year’s analyst intake and we are still seeing a robust appetite from students in leading universities in the UK and abroad. 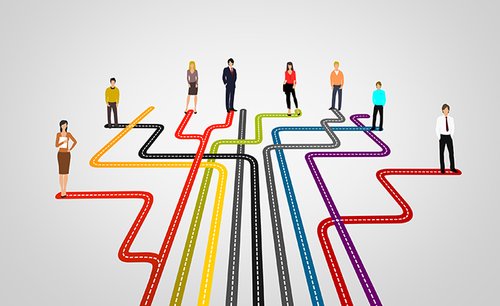 The fact is that students who are determined to have a career in private equity know that investment banking is the best route to developing the skills necessary to move to the buyside. Another article from eFinancialcareers** analyses the make-up of this year’s intake from leading universities at investment banks Goldman Sachs, JP Morgan, and Morgan Stanley.

Implications for the future?

Post Brexit though, the uncertainty has led to some students to think more cautiously about the location in which they start their careers. On the one hand, several leading investment banks announced, perhaps prematurely, the re-location of some of their divisions to the continent.  On the other, students wonder will they be able to complete their analyst programs in the UK in time for Brexit to be implemented, or is the risk too high and they could lose their jobs one year into their training, just like they did in the post-tech bust or post-credit crisis. This is particularly pertinent for European nationals who make up a large proportion of the analyst classes.  This leads on into private equity hiring – and we are certainly starting to hear rumblings of uncertainty creeping in.

From a private equity recruitment standpoint, the size and makeup of the analyst classes does ultimately affect recruitment cycles two to three years down the line.   For now, we are confident that analyst intakes in 2016 and 2017 are healthy in both in size and quality therefore the candidate pool attractive to private equity for 2018 and 2019 hiring processes remains strong.  Brexit may become more of a factor in whether banking analysts chose to move to the buyside over the next twelve months.  London based private equity funds may have to re-think their hiring policies and make themselves attractive to an increasingly nervous candidate pool.

With nearly 10 years experience in M&A before joining PER, Sharon has great insight into the investment banking sector as well as private equity. She fosters strong relationships with private equity career seekers at all levels, providing advice and information to guide their search.