Diversity and inclusion in private equity: there's more work to be done, by Gail McManus

PER had the privilege of hosting a breakfast gathering at the BVCA's Breaking Barriers: Diversity Forum on 21st May. I chaired the session and it was facilitated by Fearless Futures. The subject of the discussion was the ongoing approach to diversity and inclusion in private equity, with a view to gaining a better understanding of how D&I policies can function most effectively to support employees from a wide range of backgrounds to attain their professional goals. 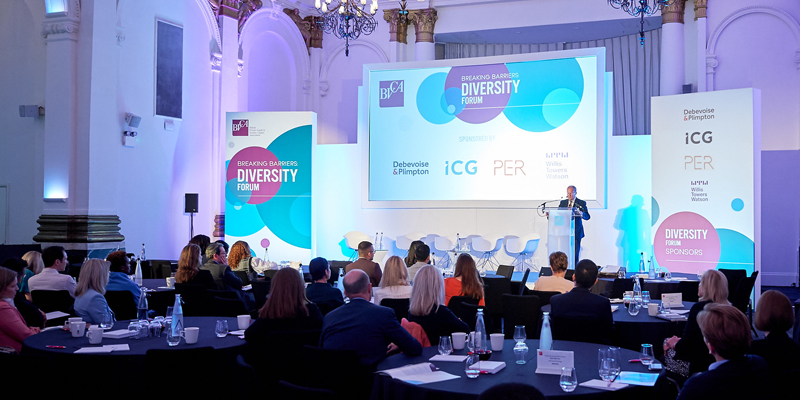 The discussion kicked off with an informal appraisal of where we are currently, and moved on to consider how we can improve in the future. We heard from representatives from various companies on both their own experiences in the industry and the policies of their firms, with particular attention paid to issues of gender and ethnicity.

It was acknowledged that the brand of prejudice which can hinder professional success is everybody's issue, rather than a problem which can be attributed to, or solved by, one or two people in a firm. Hannah from Fearless Futures addressed the subject of how to correct potential cultural or semantic errors in approaching particular issues, with the line being 'don't make it all about you': for example, if you misgender someone, apologise and move on, rather than lingering on your own embarrassment or guilt.

One delegate spoke about a colleague's reluctance to refer to her as black, suggesting a lack of knowledge about the acceptability of certain terms or descriptors. A senior member of another firm spoke about simple amendments which can bring about positive change, such as hosting networking events as breakfasts rather than evening events, when those with childcare commitments might find it more difficult to attend.

It was clear from the discussion that while there has been significant change for the better in the area of diversity and inclusion in the last decade or so - particularly in terms of improved gender equality - there is little room for self-congratulation just yet. There is more work to be done to ensure that every member of every firm understands their place in bringing about and subsequently maintaining equality in the workplace, with particular progress needed in improving ethnic and class diversity in private equity. And this must all start from the very beginning: from the types of people being sought out, proposed for and interviewed for private equity roles.

Only when the intake is properly diverse will we see thorough and lasting change in the profile of the industry. PER's influence is in this last part of the issue and we are embracing our role in bringing about positive change.

Gail is the Managing Director and founder of PER, setting up the business in the late 1990s after a career in private equity at 3i.