Introducing the eight private equity and venture capital professionals who will be selecting 40 inspirational individuals from your nominations.

PER has teamed up with Real Deals to compile Future 40: Diversity & Inclusion Leaders, a celebration of inspiring people changing the face of private equity and venture capital.

We are thrilled to be able to announce our judging panel; professionals from across the industry who are on a mission to make change happen. Together they will select 40 people who have made a real difference from the incredible nominations we've received. 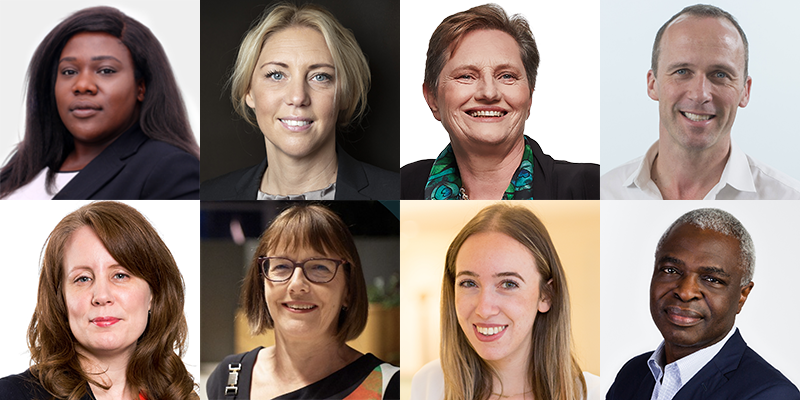 Anu is an Investment Manager at British Patient Capital, focusing on investments into growth and venture capital funds and sitting on fund Advisory Boards.

Prior to this Anu spent five years at the Angel CoFund, a £100m equity fund that made co-investments alongside business angels into high growth companies.

Anu is an advocate for the representation of minorities in the Venture Capital industry. She previously ran an award-winning online beauty ecommerce start-up and has an undergraduate degree from the University of Nottingham.

Elin has broad experience in investor relations, sustainability and communication, and has applied this within private equity, financial services, IT and media sectors.

Elin joined Nordic Capital’s team in 2017 as Director of Communication and Sustainability with responsibility for integrating ESG across the full investment cycle and training and supporting the investment teams. In addition, she and her team support portfolio companies in setting the sustainability agenda and measuring both impact and progress during their ownership period.

Nordic Capital was founded in 1989 and today has more than 56,000 employees in 37 portfolio companies in Europe and the US.

Elin holds a Bachelor of Science in Applied Electronics and Media Technology and additional studies in Business Administration.

Gail is the Managing Director of PER. She founded the specialist search firm following a career in private equity with 3i.

Gail is a passionate member of the private equity community and is dedicated to improving diversity and inclusion in the industry.

As well as working closely with industry bodies such as the BVCA and Level 20, Gail regularly hosts diversity networking events, offers one-to-one career advice, organises diversity and inclusion training for clients and speaks on these topics at industry conferences.

Harry Briggs is Managing Partner at OMERS Ventures Europe, investing in early-stage companies across Europe, with a particular focus on health-tech, fintech and future of work.

Harry has been a venture investor for over a decade, including six years with Balderton Capital. His previous investments include UK ‘unicorns’ The Hut Group and Revolut, as well as Digital Surgery (acquired by Medtronic), Magic Pony (acquired by Twitter), GoCardless, Gousto and Paddle.

Harry is also part of the LGBTQ family and a founding board member of Diversity VC.

The first in her family to take A Levels, Laura studied at Jesus College, Cambridge before starting her legal career at Slaughter and May.  She was promoted to Partner at Fried Frank in 2011 when pregnant with her first child.

In 2017, Laura founded The 1973 Club, a social network for women in the broader private equity industry.

Pam’s appointment as CEO of LEVEL 20 in late 2019 follows over 30 years of advising corporate and private equity clients on international mergers and acquisitions, disposals, restructuring and IPOs.

A senior business leader, running and growing businesses in the UK, Middle East and US, and a member of PwC’s executive leadership team in the Middle East, Pam spent over 36 years (29 as Partner) at PwC.

Pam is a lifelong advocate of gender diversity, setting up the first Female Partners and Directors network at PwC (UK) in 2002 to help drive gender and wider diversity. She is also a social partner for the School for Social Entrepreneurs, supporting, mentoring and advising social entrepreneurs.

Talya joined Real Deals in March 2019 and has worked in financial journalism since 2015. She previously held roles as a reporter at Citywire’s New Model Adviser and pensions trade magazine Pensions Age.

Talya also served as an intern at The Sunday Times and has a degree in English Literature.

Wol initially trained as an engineer, having studied civil and structural engineering at King's College, London. After obtaining an MBA from Exeter University, he spent three years with Barclays before joining Livingbridge.

Wol takes an active role in private equity industry initiatives and issues. He was previously a Chairman of the British Private Equity and Venture Capital Association in 2007/2008, a Council Member from 2002 - 2009 and Chairman of the Responsible Investment Advisory Board from 2009 - 2010.

Wol is Chairman of the Guy's and St Thomas' Charity, which has assets in excess of £800 million, making it one of the largest medical charities in the UK. In 2018, he was also appointed as a Non-Executive Director to the NHS Improvement Board and more recently as Trustee of Somerset House Trust.